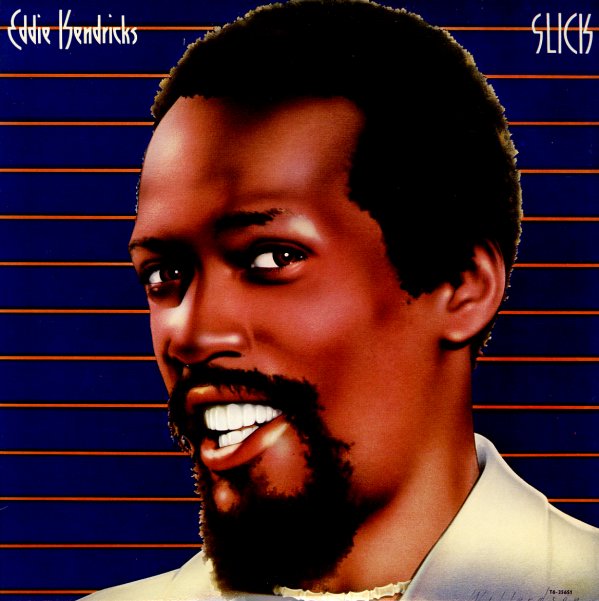 Smooth mellow grooves, in the style that Eddie pioneered, and which he still did better than most. The album's a great batch of tracks with production by Leonard Caston, who also produced some of Eddie's earlier works, and the set's pretty darn great all the way through. With the cuts "Something Shady", "You Got It", "Intimate Friends", "Diamond Girl", and "California Woman".  © 1996-2022, Dusty Groove, Inc.

Vintage 78
Arista, 1978. Very Good
LP...$4.99
Eddie Kendricks, vintage 1978 – and still very much in the great grooving mode he brought to his earlier solo material for Motown! Even in this giant dancefloor generation, Eddie's got something very special and unique – a voice that can still sound as heartbreaking on a groover as it ... LP, Vinyl record album

For You
Motown, 1974. Very Good+ Gatefold
LP...$4.99
Solid 70s work from Eddie Kendricks – still super-strong in the vocal department, but perhaps a bit less spectacular on the arrangements, at least in comparison to some of his other work at the time. The cuts are less in the boogie mode than in a complicated lush soul style – and ... LP, Vinyl record album

Trombipulation
Casablanca, 1980. Very Good+ Gatefold
LP...$18.99
Often overlooked, but a very tasty album of late grooves from Parliament – not as much of a major hit as their previous records, but maybe even better because of that! The album's got the group's sound merging a bit with the Funkadelic vibe – that post-psych style of the George Clinton ... LP, Vinyl record album