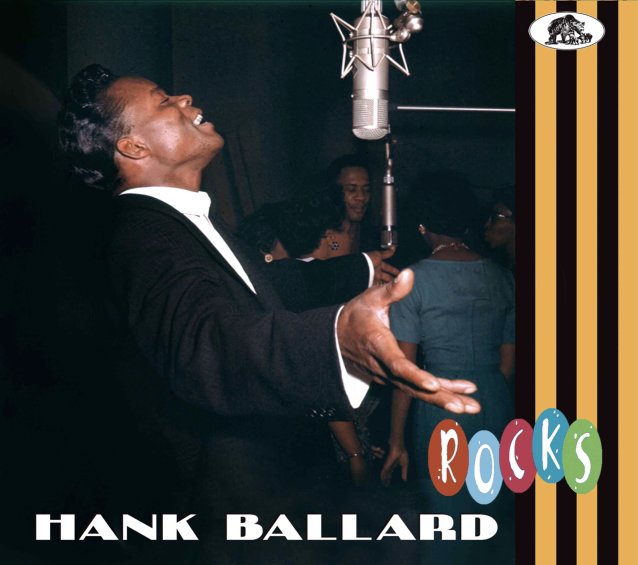 Hank Ballard was one of the greatest singers in the pre-soul generation – the kind of vocalist who provided inspiration for so many others to come in the 60s – a raw lead singer who really drove his group to great heights – as you'll hear here in this hard-rocking collection of tracks from the best years of the group! Most of these numbers were cut by Hank and The Midnighters for King Records – the kind of raw gems that made the label one of the best of the 50s when it came to all things hard and heavy – and the collection of cuts definitely features the kind of tracks that live up to the title – the work that made The Midnighters one of the first great crossover acts, even before rock and roll was a thing for the kids in the suburbs! Every track's a winner, and the superb Bear Family presentation knocks the set out of the park – with titles that include "Henry's Got A Flat Feet", "That House On The Hill", "Annie's Aunt Fannie", "I Feel That A Way", "Sexy Ways", "Sugaree", "Shaky Mama", "Are You Forgetting", "Stingy Little Thing", "Rock Granny Roll", "The Float", "Big Red Sunset", "I'm Young", "Don't Let Temptation Turn You Round", "Tore Up Over You", and "Don't Ever Change Your Pretty Ways".  © 1996-2023, Dusty Groove, Inc.

Unwind Yourself – The King Recordings 1964 to 1967
King/Kent (UK), Mid 60s. New Copy
CD...$9.99 18.99
Some of our favorite work ever from the legendary Hank Ballard – a key figure in early R&B, and a singer who cut some big hits with his group The Midnighters – but one who also continued to do some wonderful work for King Records long after his hits – most of which is included ... CD