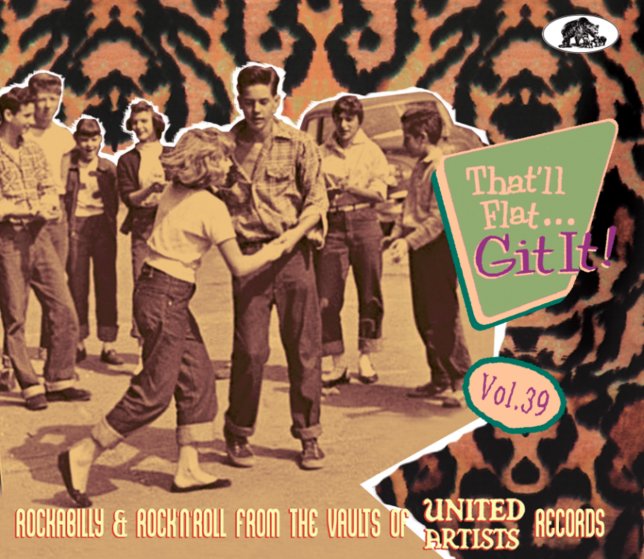 Most folks know the United Artists label for their famous soundtrack hits of the 60s – but back at the start, the company was very open to cutting work in all sorts of different formats – including the surprisingly great range of rockers and rockabilly numbers you'll find in this set! UA was a real powerhouse in the world of the 7" single at the end of the 50s – and as you'll hear here, they had a great ear for the kind of cuts that could burst out of a jukebox and present the listener with two minutes of upbeat, hard-stepping pleasure – maybe not the kind of cuts that gave the label that many hits, but which make a set like this a non-stop treasure trove of under-discovered goodies! As with other titles in this seminal series, the presentation is great – detailed notes that give full details on every single track – a whopping 33 tracks that include "Desire" by Sal Mure, "Sometime" by Gene Thomas, "I Feel It For You" by Hunt Stevens, "Lets Go Baby" by Billy Eldridge with The Fireballs, "The Stinger" by Al Casey, "Green Mosquito" by Tune Rockers, "Rockin By Myself" by Sammy Gowans, "My Sweet Verlene" by Ronnie Brent, "Tear It Up" by Chuck Wiley, "Double Dating" by Brein Fisher, "Freeze" by Wes Bryan, and "Superman" by Joyce Davis.  © 1996-2023, Dusty Groove, Inc.