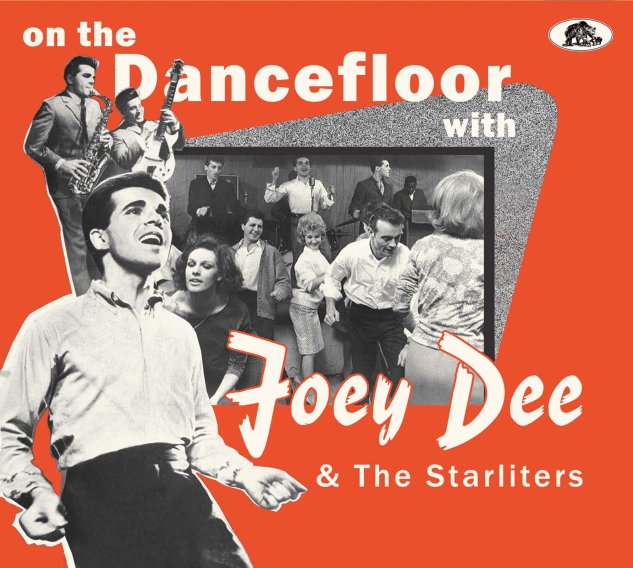 On The Dancefloor With Joey Dee & The Starliters

Joey Dee may not have been the hardest rocker of his time, but his work at the famous Peppermint Lounge in New York was big hit material early in the 60s – and also some of the first live material to really showcase the talent of a hard rocking combo on record! Dee and The Starliters had some big hits for Roulette at the time – and this set brings together those cuts with even more obscure material for Scepter and Little Records – really showing the raw energy that made the group such a hit at the club – really tearing it up with fierce energy that never seems to let up at all! In other words, this isn't crossover pop of the sort you might expect – but great raw recordings of a well-matched combo really letting loose – driving drums, fast-riffing guitar, and even some organ too – on a total of 29 tracks that include "Lorraine", "Goin Back To My Home Town", "Mother Goose Twist", "Leave My Woman Alone", "Slippin & Slidin", "Crazy Love", "Shout", "What Kind Of Love Is This", "Will You Love Me Tomorrow", "Peppermint Twist", "Roly Poly", "Hello Josephine", "Baby You're Driving Me Crazy", "Wing Ding", and "This Boat".  © 1996-2022, Dusty Groove, Inc.