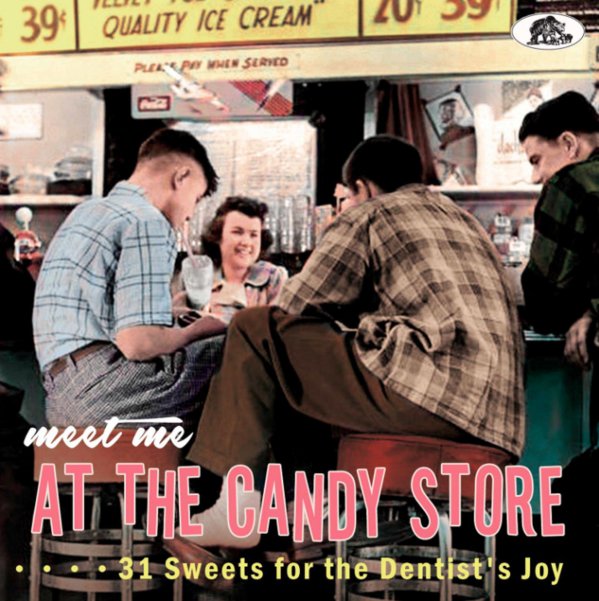 A sweet set of sweet-themed tracks from the postwar years – early rockers, vocal jazz, and plenty of pop hits from the 50s – almost all of which have candy or chocolate as their theme! There's a great range of material here, which makes the package extra playful – as the folks at Bear Family do a great job of moving between different artists and different flavors – always keeping things moving along nicely, and featuring a fair bit of great tracks we never would have heard otherwise! There's a total of 31 tracks in all – and titles include "Maple Syrup" by The Kresents, "Jam & Jelly" by The Col Lee Jets, "Candy Bar Twist" by The Candymen, "Bubble Gum" by Johnny Redd, "Gum Drop" by Judy Valentine, "Chocolata" by Nat Russell, "Candy Store Blues" by The Casual Three, "Candy Bar Boogie" by The Ames Brothers, "Meet Me At The Candy Store" by The Chesterfields, "Candy Store Love" by The Val Chords, "The Chocolate Song" by Charlie Walker, "Cotton Candy" by Frank Virtuoso Quintette, and "I Hate But I Like Popcorn" by Big Bill Schaeffer.  © 1996-2023, Dusty Groove, Inc.