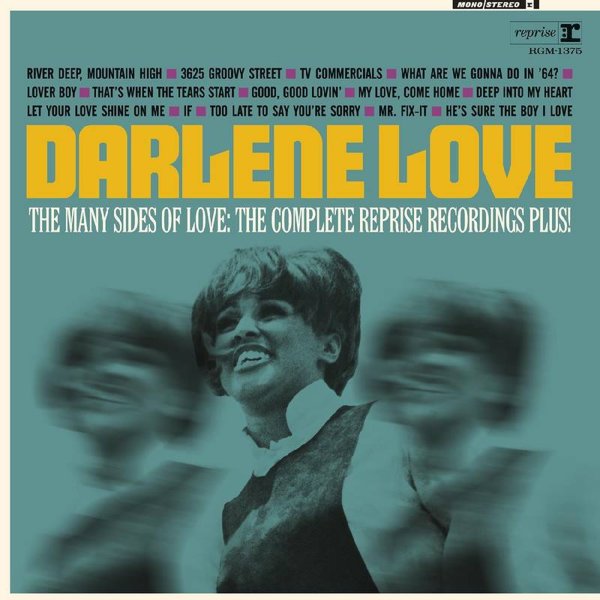 Many Sides Of Love – The Complete Reprise Recordings

Also available
Darlene Love — Many Sides Of Love – The Complete Reprise Recordings (teal vinyl pressing) (2022 Record Store Day Release) ... LP 29.99
A great lost chapter in the career of Darlene Love – a soul singer who's maybe known best for her early work with Phil Spector in The Crystals – but who ended up with a long legacy in music, which is partly added to by this collection! The core of the set features some mid 60s recordings that Love made as the lead singer in The Blossoms – a great west coast female soul trio, represented here by a number of excellent singles for Reprise Records – including "That's When The Tears Start", "Good Good Lovin", "My Love Come Home", "Lover Boy", "Deep Into My Heart", and "Let Your Love Shine On Me". Those cuts are followed by two solo efforts for Reprise by Darlene – "Too Late To Say You're Sorry" and "If" – then preceded by a few other unusual sessions, including the track "TV Commercials" with guitarist Barney Kessel, and two Lee Hazlewood-related projects on "What Are We Gonna Do In 64" and "3625 Groovy Street", both issued under the name of The Wildcats. The set ends with a few cuts from later years – that time when Darlene was getting attention from a whole new generation – on the tracks "River Deep Mountain High", "He's Sure The Boy I Love", and two versions of "Mr Fix It".  © 1996-2022, Dusty Groove, Inc.