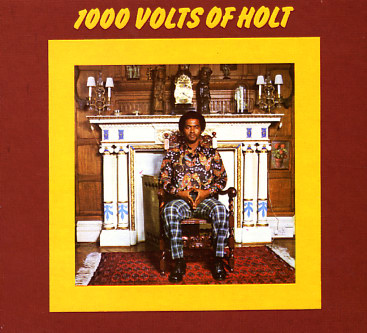 A seminal set from vocalist John Holt – stepping out here on his own after an early stretch of greatness with The Paragons – and working as a bright star on his own, with a level of crossover power that should have made him huge on the global scene! The album's as much a soul record as a reggae date – and although the rhythms have plenty of classic Trojan touches, the overall presentation has John also reaching into some of the bigger US and UK modes of the time. A number of the cuts are covers by American soul artists, but they come off with a very special, personal feel in the hands of Holt – that undeniable charm that always made him so great. Includes a wonderful cover of "The Girl From Ipanema" – plus "Stoned Out Of My Mind", "Baby I Want You", "Help Me Make It Through The Night", "Killing Me Softly With Her Song", "Which Way You Going Baby" and "Never Never Never".  © 1996-2022, Dusty Groove, Inc.
(Limited edition gold vinyl pressing!)