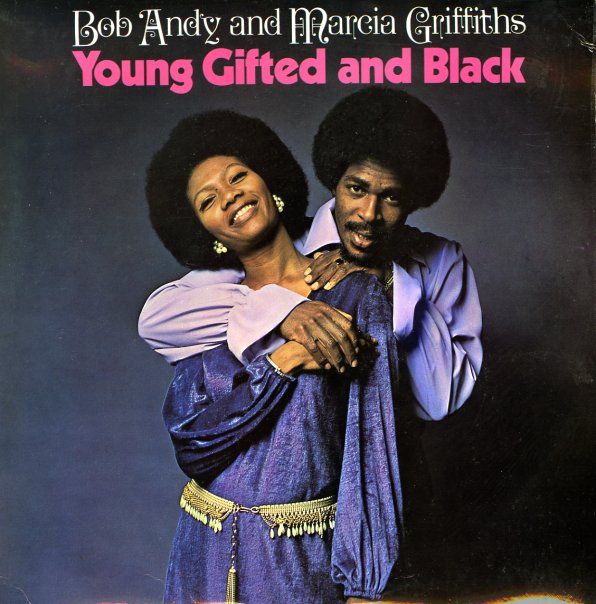 An incredible duo, and one who look more like an American soul team on the front cover – and manage to deliver a similar vibe in the grooves! The style is definitely reggae, but as you'd guess from the Nina Simone cover in the title track, Bob Andy and Marcia Griffiths are also reaching out for something bigger, too – really bringing a level of sophistication to their music that moves beyond the usual – an evolution past rocksteady, but also not in the same direction as other reggae acts of the time. Harry J produced, and gets an international flavor just right for the music – and titles include "Young Gifted & Black", "Private Number", "It's A Rocking Good Way", "We've Got To Get Ourselves Together", "United We Stand", "Ain't Nothing Like The Real Thing", "Put A Little Love In Your Heart", and "Keep The Customer Satisfied".  © 1996-2022, Dusty Groove, Inc.
(Limited edition red vinyl pressing!)