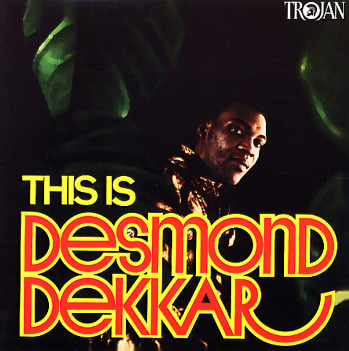 Landmark work from Desmond Dekker – one of the first Jamaican artists to break bigger on the global scene at the end of the 60s – thanks to soulful sets like this! The music is still very much in a rocksteady mode, but has some currents of ska that's kept it on turntables for years – not the upbeat variant of the genre, but the laidback mode that was perfect for a hot night in Jamaica – when nobody ever wanted the grooves to move too fast! Both the instrumentation and production are impeccable – the latter handled by Leslie Kong – and Desmond is completely charming throughout, on titles that include "Music Like Dirt", "Rudy Got Soul", "007", "Sabotage", "Wise Man", "Shing A Ling", "Unity", "Mother Pepper", and "Mother's Young Girl".  © 1996-2022, Dusty Groove, Inc.
(Limited edition green vinyl pressing!)