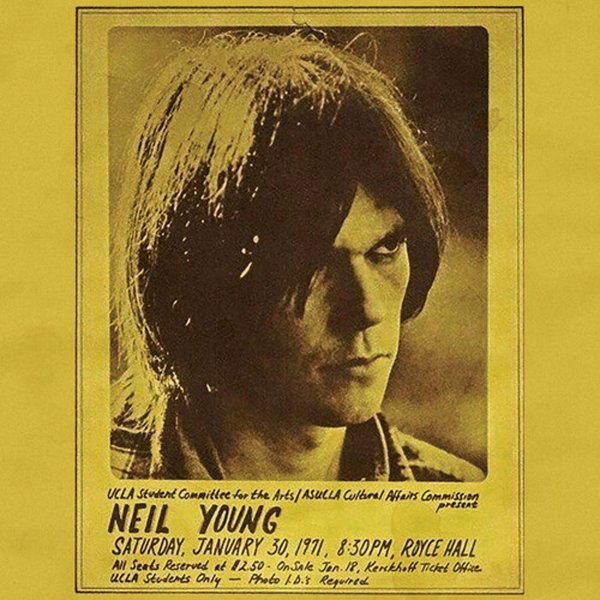 Dorothy Chandler Pavilion 1971
Reprise, 1971. New Copy
CD...$17.99 18.99 (LP...$24.99)
An excellent recording from the Neil Young archives – solo and acoustic at LA's Dorothy Chandler Pavilion from February 1971 – focused, forthright and in near perfect voice!. Neil alternates between guitar and piano on this one, with some harmonica, and with clear forethought in getting ... CD