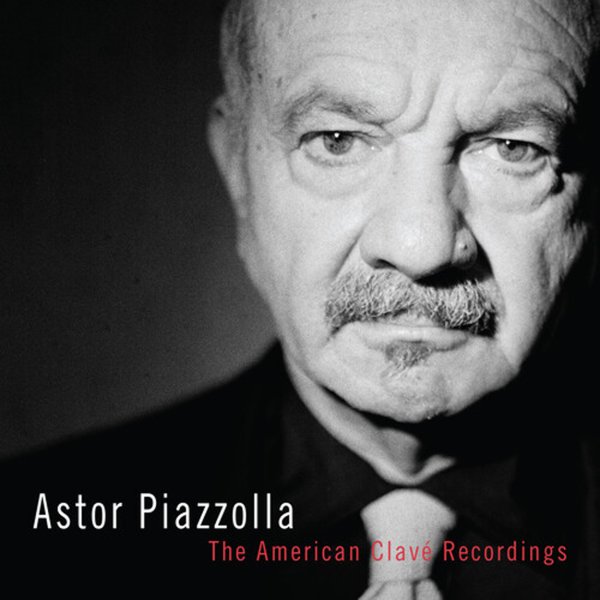 A stunning collection of work from one of the greatest periods in the career of this global music legend – material that gave Astor Piazzolla a chance to really stretch out and push some of the more modern ideas in his creations! First up is the incredible Zero Hour album – a fantastic late life album by the Argentine musical genius Astor Piazzolla – and a set that shows just how far he'd transformed the format of the tango along his musical path of the previous decades! The sound here is completely unique – with some elements of modern string quartet modes, avant jazz, and other styles – blended together with guitar, violin, piano, and bass next to Astor's completely sublime lines on bandoneon! The whole thing's a treasure, and if there's one record to hear by Piazzolla, this is it! Titles include "Tanguedia III", "Milonga Del Angel", "Concierto Para Quinteto", "Milonga Loca", and "Contrabajissimo". La Camorra is a record that features a slightly expanded concept on the ideas that Astor Piazzolla had unleashed with his Zero Hour album – all those incredible twists and turns he'd been using to transform Argentine modern music – roots in the tango, but expressions that are up there with some of the most creative 20th Century performances from other parts of the globe! As before, Piazzolla's bandoneon is at the center – but the inflections on piano and violin are also key too – on titles that include "Fugata", "Soledad", "Sur Los Suenos", and the longer "La Camorra" suite. Rough Dancer & The Cyclical Night is the last album in a completely sublime run of records that Astor Piazzolla cut for the American Clave label – and a set that brings together all the new ideas he'd been forging over previous decades, with a clarity and focus that's still completely transformative all these many years later! The core instrumentation is in the quintet mode that Astor was preferring at the time – with tremendous lines on violin, guitar, and piano that burst out alongside his own work on bandoneon, augmented by some guest reed lines by Paquito D'Rivera as well. The album works fantastically as a unified suite of tracks – with expressivity between the numbers that heightens the power of the album from even Piazzolla's previous gems on the label – on titles that include "Street Tango", "Knife Fight", "Leonora's Song", "Butcher's Death", "Milonga For Three", "Bailongo", and "Leonoras' Love Theme".  © 1996-2022, Dusty Groove, Inc.