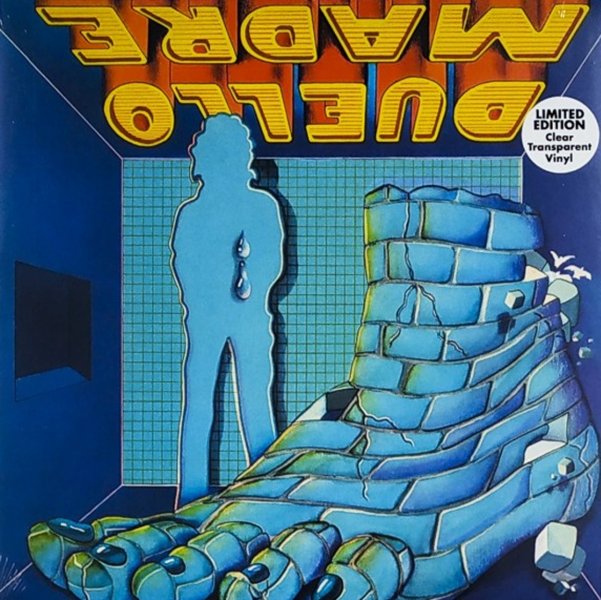 The only album ever issued in by Italian prog group Duello Madre – a rock combo, but one who have plenty of jazz-based elements in the mix – and occasionally a lot more funk than you'd hear from a similar group of their nature! The lineup boasts some great sax and flute work from Pippo Trentin – who can definitely hit some jazzier moments when he wants – but the guitars and bass take over often too – on these long-spun tracks that are right up there with the best Italian musicianship of the period – which, to those who know, can often beat the bigger UK groups of the time! The whole thing's got a richness that's unexpected, given the look of the cover – and titles include "Madre", "Duello", "Otto", "Momento", and "Aquile Blu".  © 1996-2022, Dusty Groove, Inc.