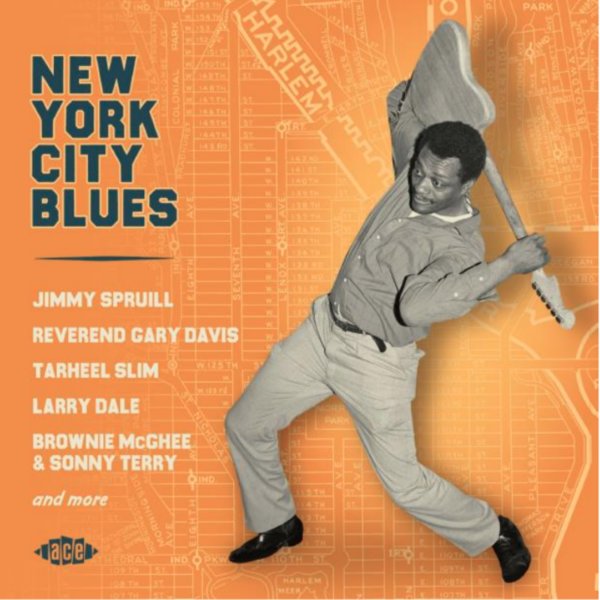 A deep look at a blues scene that doesn't always get its due – music not from Chicago, Memphis, or various points south – but some nicely gritty tracks that were cut in New York during the postwar years! Despite New York's fame as a hub of jazz, soul, and other styles – the city also had a surprisingly strong blues scene in the 50s and 60s, which is when most of these tracks were recorded – music that's both in the electric modes that were showing up in other urban centers at the time, and also in some more traditional modes that were sometimes left behind in other cities – but which got a nice revival in New York, thanks to an interest in folk blues from the underground! Material here was originally recorded by a range of different labels – Old Town, Atlantic, Mercury, Prestige, Fire, Apollo, King, and Chess – and as you'd expect from Ace, there's also some unreleased material on the set, all presented with a great assortment of notes and details on every single track. 26 titles in all – with cuts that include "Bad Blood" by Champion Jack Dupree, "Step It Up & Go" by Blind Boy Fuller, "The Guy With A 45" by Allen Bunn & His Trio, "Stormy Monday Blues" by Bob Gaddy, "Kansas City March" by Wild Jimmy Spruill, "Four Women Blues" by Larry Johnson & Hank Adkins, "Idle Hours" by Lonnie Johnson with Victory Spivey, "Hard Times" by Noble Thin Man Watts, "Believe Me Darling" by June Bateman, "Security" by Tarheel Slim & Little Ann, "Jack That Cat Was Clean" by Dr Horse, and "Goodbye Kansas City" by Wilbert Harrison.  © 1996-2022, Dusty Groove, Inc.