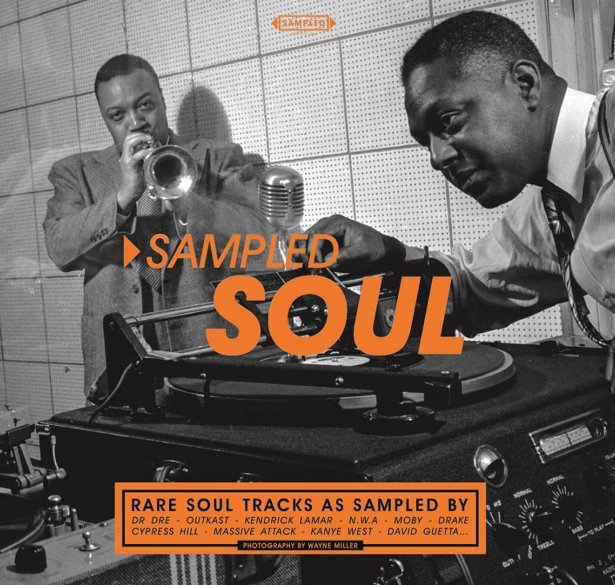 A nice range of soul tracks that have been sampled over the years – titles that were snipped for beats and breaks by artists who include Outkast, Kanye West, House Of Pain, Moby, Kendrick Lamar, and others – served up here in their entirety! These aren't just 70s soul classics either, as there's some good surprises in the mix – which makes the whole thing a bit more interesting than usual – a mix of 21 cuts that includes "Tiden Flyver" by Boom Clap Bachelors, "Open Your Eyes" by Bobby Caldwell, "Something's Got A Hold Of Me" by Etta James, "Coffee Cold" by Galt MacDermot, "It's My Thing" by Marva Whitney, "Walking Down Lonely Street" by Joe Simon, "Mellow Mellow Right On" by Lowrell, "Come To Me" by Johnny Mathis, "I Hate I Walked Away" by Syl Johnson, "Trouble So Hard" by Vera Hall, "Why Can't We Live Together" by Timmy Thomas, "Parce Que Tu Crois" by Charles Aznavour, and "Good Times" by The Persuasions.  © 1996-2022, Dusty Groove, Inc.