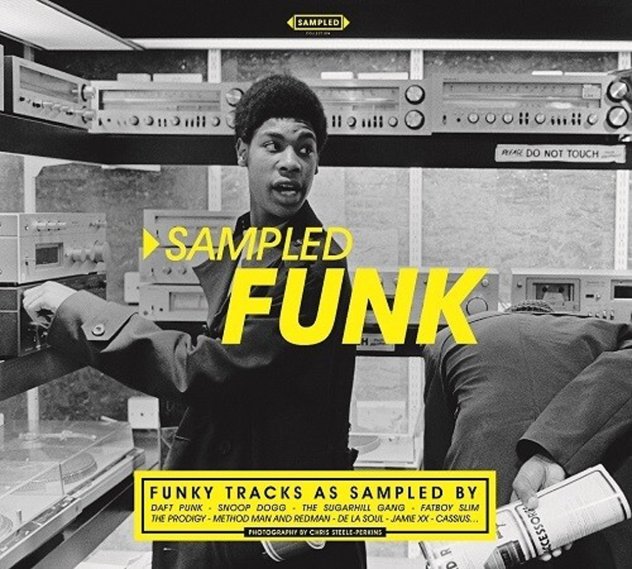 Sampled tracks from back in the day – a nice little collection that runs from 70s soul to early 80s boogie, with a few funky jazz cuts in between! As with other volumes, the work here has all gone on to form the building blocks of more famous tracks in recent years – as this work's been sampled by Snoop Dog, De La Soul, MC Solaar, Method Man, Fatboy Slim, Daft Punk, and others – sounds heard here in the full original tracks! There's a total of 17 titles in all – and cuts include "Love Is You" by Carol Williams, "IOU" by Freeez, "Din Daa Daa (US rmx)" by George Kranz, "Money" by Jimmy Spicer, "Heartbeat" by Taana Gardner, "More Spell On You" by Eddie Johns, "Apache" by Incredible Bongo Band, "The Rub" by George & Gwen McCrae, "Funky Mule" by Ike Turner, "I Got My Mind Made Up (7" mix)" by Instant Funk, "The Message" by Cymande, "Just An Illusion" by Imagination, "Take Me To The Mardi Gras" by Bob James, "All This Love I'm Givin" by Gwen McCrae, "And The Beat Goes On (single edit)" by The Whispers, "Dance With You" by Carrie Lucas, and "It's A New Day" by Skull Snaps.  © 1996-2023, Dusty Groove, Inc.