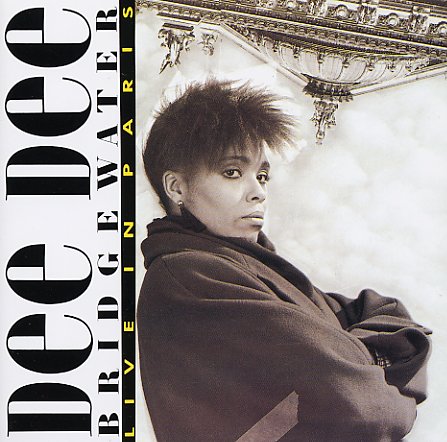 One of Dee Dee Bridgewater's greatest jazz albums, and a very important record in her career – as it marked a shift back to straight jazz vocals, after years of working in a more R&B inflected mode. The album's recorded in Paris, where Dee Dee's spent an awful lot of time over the years, and you can feel that familiarity in the way she presents the material – easily slipping back into a jazz vocal mode, working before an appreciative audience without any thoughts of crossover popularity, hitting that proud, strong, and free style that's been carrying her well for a number of years now. Includes a great version of "All Blues", plus the tracks "On A Clear Day", "Here's That Rainy Day", "There Is No Greater Love", and "Misty".  © 1996-2023, Dusty Groove, Inc.
(Out of print.)

Anita O'Day Swings Cole Porter With Billy May (with bonus tracks)
Verve, Mid 50s. Used
CD...$1.99
Something of an addition to the Verve "songbook" mode of the 50s – but it's also one that's a lot more dynamic than the others, thanks to some very jazzy arrangements from Billy May! The groove here is very upbeat and jazzy – hard-swinging in the manner that May forged with ... CD

All For You – A Dedication To Nat King Cole
Impulse, 1996. Used
CD...$2.99
Features Russell Malone on guitar and Paul Keller on bass – with Diana Krall on vocals and piano! CD