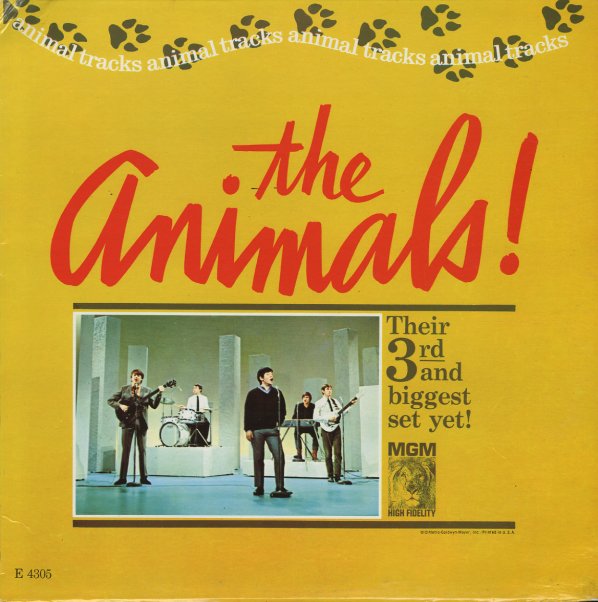 Seminal work from The Animals – an album whose US pressing carried the cover note "their 3rd and biggest set yet" – and which definitely follows up that promise with a sound that's even more powerful and on the money than before! Part of the record's charm comes from the organ work of Alan Price – really taking off here, with this moody power that's perfect for the vocals of Eric Burdon – heard to famous effect on the album's killer hits "Don't Let Me Be Misunderstood" and "We Gotta Get Out Of This Place" – both tracks that really move past the straighter blues of the group's roots, and have them stepping out with a proud sound for a new generation! The whole record's great, though – and other titles include "The Story Of Bo Diddley", "Bury My Body", "Club A Go Go", "I Can't Believe It", "For Miss Caulker", "Roberta", and "Bring It On Home To Me". CD features bonus tracks – "It's My Life", "I'm Gonna Change The World", "Roadrunner", "Don't Worry Much", and "We Gotta Get Out Of This Place (UK single version)".  © 1996-2022, Dusty Groove, Inc.

Sunrise From West Sea
King/We Want Sounds (UK), 1971. New Copy
CD...$16.99 19.99
The Japanese scene of the 70s had plenty of experiments that blended contemporary and traditional instrumentation – but this album-length jam from percussionist Stomu Yamashta may well be one of the most striking from the time! You'll no doubt know Stomu from some of his later records that ... CD