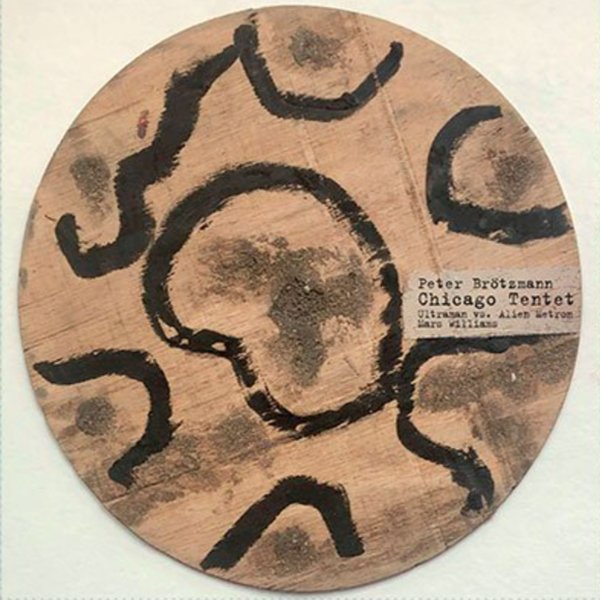 Unreleased work from the glory days of the Peter Brotzmann Chicago Tentet – a legendary free jazz ensemble that's playing here at the height of their powers! The group have a vibe here that's wonderful – both as playful and as sinister as the title might imply – stretched out to a performance that's almost 20 minutes in length, and which almost has a sort of cinematic sense of dynamism at times – although still with all the unscripted energy that made the group so great. Brotzmann is in the lead on tenor, with Mars Williams on tenor and soprano, Ken Vandermark on baritone, Mats Gustafsson on alto, Joe McPhee on valve trombone, Jeb Bishop on trombone, Fred Lonberg Holm on cello, Kent Kessler on bass, and Michael Zerang and Hamid Drake on drums. The first-ever issue of this music comes in a limited one-sided record – with music on side a, and a silkscreen of Peter Brotzmann artwork on side B!  © 1996-2023, Dusty Groove, Inc.
(Limited edition of 1000!)