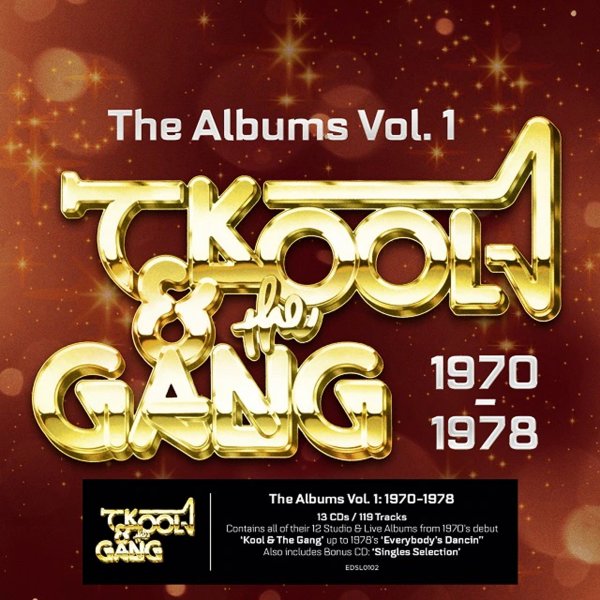 That's the later Kool & The Gang logo on the front cover, but this killer set brings together all their greatness from the early days – a fantastic run of funk that set a whole new standard for the 70s! Right from the start, the group had something different going on – a leaner, sharper vibe that took some of the raw energy of the 60s, and gave it a sharper focus – heard first on an assortment if important funky 45s, then brought together on their first album, and expanded into some tremendous developments as the 70s moved on! All that greatness is here, featured in one amazing box – a full CD of singles from the time – plus the full albums Kool & The Gang, Music Is The Message, Good Times, Wild & Peaceful, Light Of Worlds, Spirit Of The Boogie, Love & Understanding, Open Sesame, Force, and Everybody's Dancing – plus the incredible concert albums Live At PJ's and Love At The Sex Machine. A fantastic set – essential for any fan of funk and soul!  © 1996-2022, Dusty Groove, Inc.