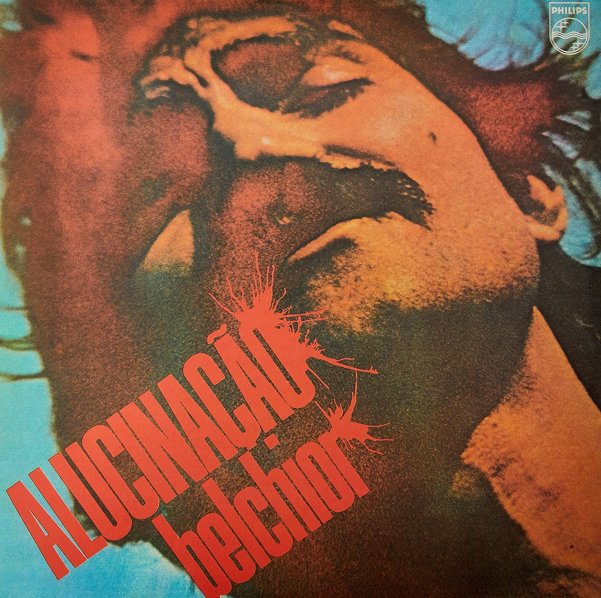 A classic bit of 70s MPB from Belchior – one of the biggest Brazilian singers of the scene at the time, but one who gets some wonderfully thoughtful, sensitive sounds here – thanks to help from arranger Jose Roberto, who also plays organ and piano on the set! The music has a soulful, easygoing vibe that's very much in the legacy that Milton Nascimento introduced to the scene – complete with some nicely jazzy flourishes on the keyboards, which underscore the sophistication in the lyrics as well! Yet as with the best Brazilian albums of this nature, all the complexity never comes on too strong – the whole thing's very down to earth and personal. Titles include "Alucinacao", "Nao Level Flores", "Sujeito De Sorte", "Apenas Um Rapaz Latino Americano", "Como O Diabo Gosta", and "Fotografia 3 x 4".  © 1996-2023, Dusty Groove, Inc.