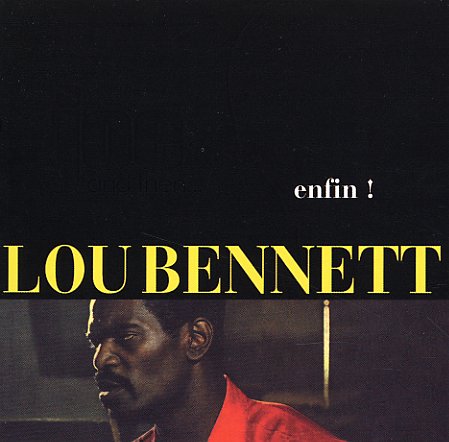 A heck of a Hammond set – and from Europe, no less! Lou Bennett was a visionary player from the US who recorded some of his best work in the French scene of the 60s – grooving in a mode that was clearly inspired by Jimmy Smith, but which also showed some of the talent for pushing the Hammond past its boundaries – as would show up more heavily in the work of Larry Young. Like Young, Bennett displays an early affinity for the work of Coltrane – apparent here from the album's leadoff take on Trane's jaunty "Moment's Notice". Other tracks on the set are equally striking – and include versions of Ornette Coleman's "Jane" and JJ Johnson's "JJ" – as well as 2 great originals by Rene Thomas, who plays guitar in the quartet – "I Remember Sonny" and "Indicatif" – plus Bennett's own "Enfin".  © 1996-2022, Dusty Groove, Inc.
(Vintage French pressing, in flipback cover – a nice clean copy! First pressing – back logo is black on yellow. Cover has some light wear, and light laminate peeling on the edge.)