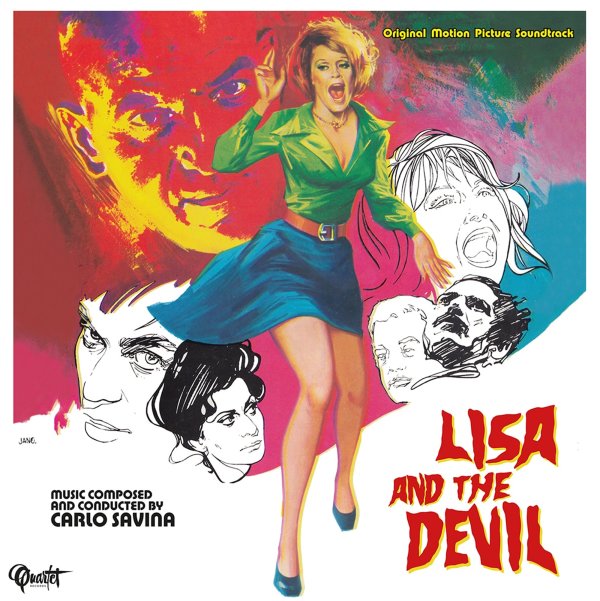 A seductive little soundtrack, done for a mid 70s film that also circulated as The House Of Exorcism – but which has a much better score here in the original version! By the time of the film, Carlo Savina was no stranger to the world of film scores – but he's also clearly pushing himself nicely through use of some of the moodier elements unlocked in the generation of Morricone – nice twists and turns of familiar elements that include strings, woodwinds, and percussion – creating a subtle sort of sinister energy that's perfect for the creepy story, which had Telly Savalas in the lead! Things are never too over the top, but that's the great thing about the score – a masterpiece of subtle sinister energy. LP version features 20 tracks in all!  © 1996-2022, Dusty Groove, Inc.

Bandits In Rome
Quartet (Spain), 1968. New Copy
LP...$34.99 48.99 (CD...$13.99)
One of the more obscure Ennio Morricone soundtracks of the late 60s – done in close collaboration with musical partner Bruno Nicolai, for a gangster film that stars John Cassavettes in the lead! A number of tracks have an older crime jazz sort of vibe – similar to the Italian modes ... LP, Vinyl record album