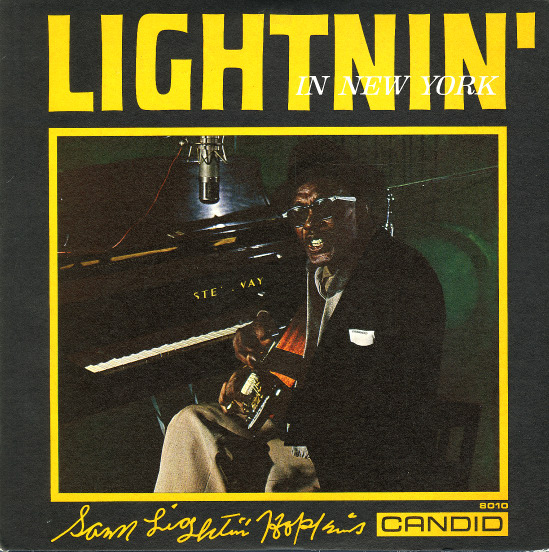 A set that's one of the more obscure Lightning Hopkins albums of the 60s – as it was issued on the short-lived label Candid, an imprint that was mostly known for modern jazz! Yet the approach here is wonderfully faithful to the music that Hopkins does best – a well-recorded solo date that's handled in ways that are similar to some of the Prestige Records blues albums of the time – maybe in part because as things went mainstream and more commercial, it was up to some of the jazz labels to preserve a more stripped-down sound! Hopkins sings and plays guitar – and even handles a bit of piano too – on titles that include "Take It Easy", "Mighty Crazy", "Trouble Blues", "Wonder Why", "Mister Charlie", and "I've Had My Fun If I Don't Get Well No More".  © 1996-2022, Dusty Groove, Inc.