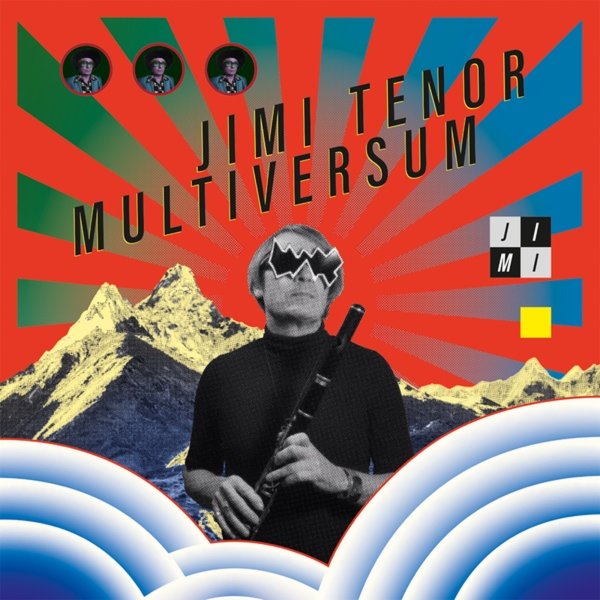 Also available
Jimi Tenor — Multiversum ... CD 17.99
Multiversum is a great title for this one – as the set unlocks yet another slice of the musical multiverse in which Jimi Tenor has seemed to roam for the past few decades – always giving us amazing new sounds when he decides to shift dimensions! Here, the music draws on his recent legacy of spiritual jazz, but is a bit more focused and groovy overall – tunes that occasionally even pick up enough of a pace to be clubjazz, but which also spread out in all these other warm elements too – plenty of flute and other reedlines, great keyboards, and this soulful vibe that really fits the laidback spirit of the record – a vibe that almost as Tenor tracing things back to the funkier sounds he was giving us at the start of the century! The whole thing's great – maybe the best album from Jimi in years – and further testament to his effortless and ever-flowing creativity. Titles include "Bad Trip Good", "Raju Raju", "Birthday Magic", "Bass Kalimba Dance", "Baby Free Spirit", "Monday Blue", "Jazznouveau", and "Uncharted Waters".  © 1996-2022, Dusty Groove, Inc.

Deep Sound Learning – 1993 to 2000
Bureau B (Germany), 1990s. New Copy 2LP Gatefold
LP...$18.99
Early work from Jimi Tenor – the Finnish artist you might know for his work in the fields of jazz, soul, and funk in our current century – but who was a very different musician in the years before! Jimi still has a soulful vibe on these early tracks, but the music is much more electric ... LP, Vinyl record album

Kraut Jazz Futurism 2 (180 gram pressing)
Kryptox (Germany), 2021. New Copy 2LP Gatefold
LP...$18.99
A second great overview of the contemporary German underground – a fertile world of music that shows that plenty has happened over there since the glory days of the Compost and Sonar Kollektiv scenes! The music here is only partly jazz – maybe jazz-inspired, but served up in a variety ... LP, Vinyl record album