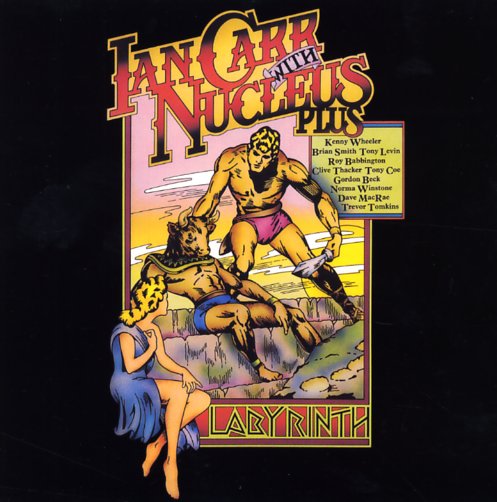 A killer progressive jazz session from Britain's Ian Carr – the legendary trumpeter who began as a bop player, then made the move to progressive jazz rock during the late 60s, along with about half of the country's other jazz musicians – but at a level that's still very much better than most of the rest of the pack! This album's one of the best by Carr's Nucleus group – and it's filled with excellent work by some of the scene's finest luminaries – a great lineup that includes Gordon Beck on electric piano, Kenny Wheeler on trumpet, and Brian Smith and Tony Coe on a variety of reeds – all players who add a strong jazz sensibility to the proceedings! The lovely Norma Winstone sings wordless vocals on a number of tracks – and the overall sound moves from hard and "out", to tight and groovy – on titles that include "Origins", "Bull Dance", "Arena", "Naxos", and "Exultation".  © 1996-2023, Dusty Groove, Inc.