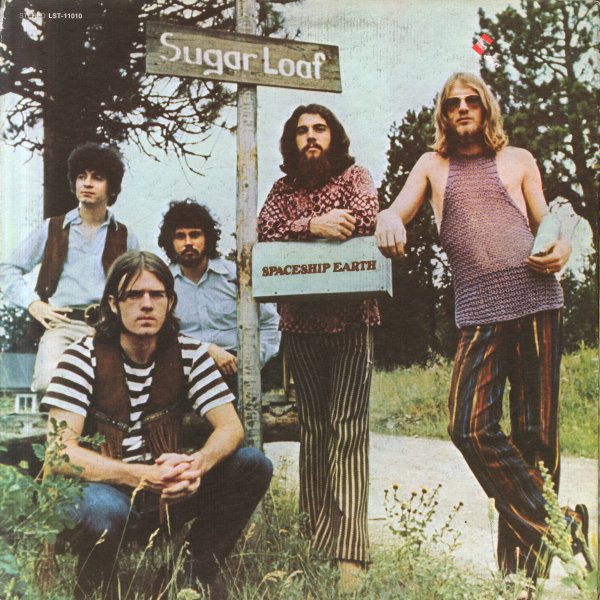 Also available
Sugarloaf — Spaceship Earth ... LP 6.99
The searing second album from Sugarloaf – a set that has Jerry Corbetta wailing even more heavily on the organ than before, and the group working with the kind of razor-sharp intensity that made them such a big act at the time! Corbetta also handles most of the lead vocals, but the group draws plenty of strength from an ability to harmonize warmly too – not in the softer modes of some of their contemporaries, but with a soaring vibe that really works well with the edges on the guitar, and the full-on bass and drums that propel the whole album along! A gem of a record that was big at the time, and never gets the due it deserves all these many years later – with cuts that include "Rusty Cloud", "Hot Water", "Spaceship Earth", "Woman", "Music Box", "Tongue In Cheek", and "Mother Nature's Wine".  © 1996-2023, Dusty Groove, Inc.

Sugarloaf (Japanese paper sleeve edition)
Liberty/Big Pink (South Korea), 1970. New Copy Gatefold
CD...$18.99 22.99 (LP...$6.99)
A fantastic debut from Sugarloaf – a group who managed to use the Hammond organ in ways that were just as strong as the guitar in most other groups! The approach here seems to draw a lot from all the best changes taking place in soulful jazz – as Jerry Corbetta manages his keyboards ... CD