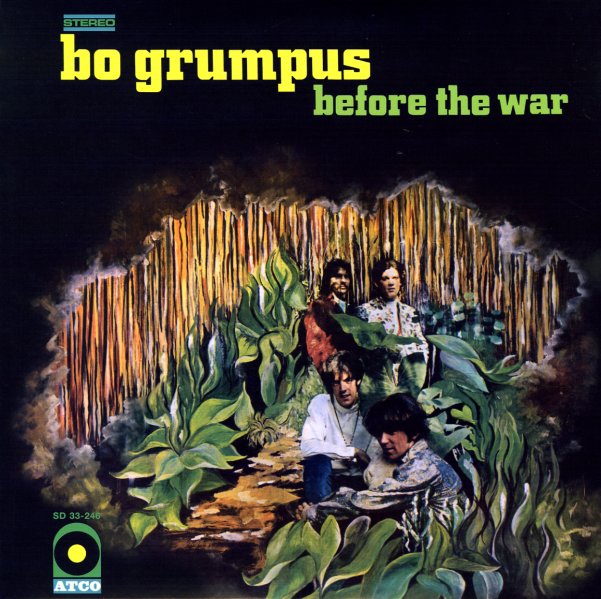 Late 60s psych pop on Atco from Bo Grumpus – a Boston group who only ever cut this one LP that we know of – and it's a groovy one! The sound has kind of tight pop combo groove with catchy melodies – fleshed out into trippier territory with some keys, trumpet, and overall bigger arrangements – some of which was done by Felix Pappalardi, who would go onto to bigger things with Mountain! Titles include "Sparrow Tune", "Think Twice", "Yesterday's Street", "The Breath O'Love", "A Knowing Young Touch", "Ragtimey Love", "Travelin In The Dark", "Brooklyn", "The Moon Will Rise" and "If I Came To You".  © 1996-2022, Dusty Groove, Inc.