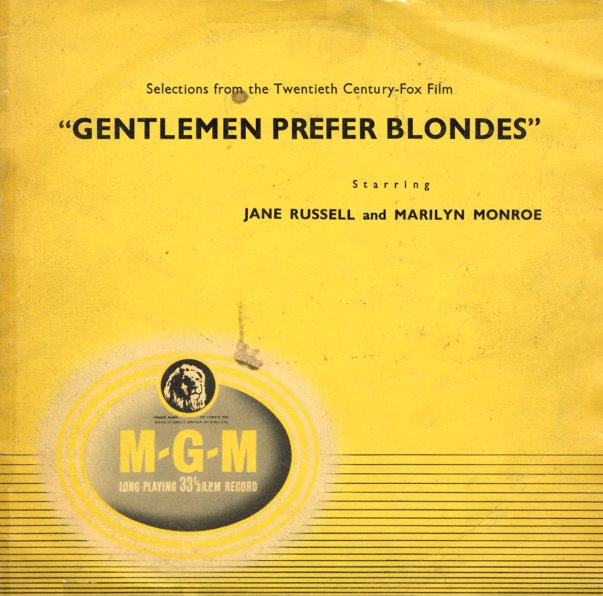 Features the classic "Diamonds Are A Girl's Best Friend" – plus "When Love Goes Wrong", "Bye Bye Baby", "Ain't There Anyone Here For Love", and "A Little Girl From Little Rock".  © 1996-2022, Dusty Groove, Inc.
(Yellow and black label pressing with deep groove. Cover has some surface wear, discoloration from age, and a lightly bent corner.)

Ice Station Zebra
MGM, 1968. Near Mint- Gatefold
LP...$2.99
A strange one for Legrand – a soundtrack written for an obscure action film that starred Rock Hudson, Ernest Borgnine, Jim Brown, and Patrick McGoohan! The music is mostly orchestral and dramatic – but given Legrand's genius, it's touched with warm chromatic elements that occasionally ... LP, Vinyl record album

Black Orpheus – Original Soundtrack (Fontana pressing)
Fontana, Early 60s. Near Mint-
LP...$19.99
One of the greatest soundtracks ever – a record that set a whole new standard for audio representation of a film! The mad music for the set was composed by Antonio Carlos Jobim, with lyrics by Vincius De Moraes – and performed by Luiz Bonfa on guitar – but despite such prime ... LP, Vinyl record album