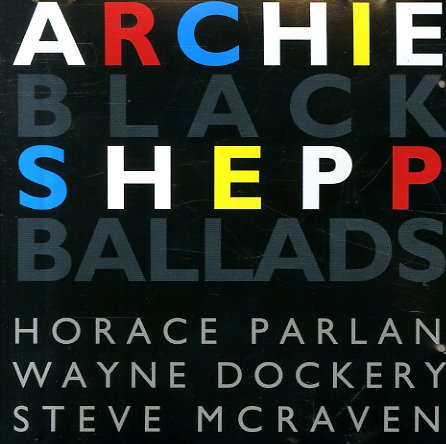 Archie Shepp is one of the most unique players in jazz – an artist who started out completely avant at the beginning of his career, then moved to spiritual jazz explorations, then to straighter jazz material in later decades – but always with all that knowledge of the edges and farther realms of jazz he explored in his other music! That's definitely the case here – as Shepp takes on a host of ballads, but with all these edges and dark passages that are completely different than you'd hear from any other player – cast beautifully with help from Horace Parlan on piano, Wayne Dockery on bass, and Steve McRaven on drums. Shepp blows alto and tenor, and in addition to the titles "Smoke Gets In Your Eyes", "Lush Life", "Angel Eyes", "All Too Soon", and "Embraceable You" – the set also features Shepp originals "Deja Vu" and "I Know About The Life".  © 1996-2022, Dusty Groove, Inc.
(Individually numbered limited edition 30th Anniversary pressing – on heavyweight translucent magenta vinyl!)