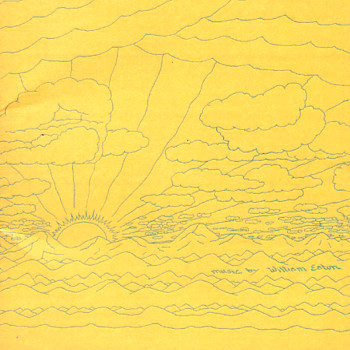 Beautifully mellow sounds from William Eaton – a 70s hippie-esque figure who wandered the desert in Arizona, and had a great talent for building his own stringed instruments! Here, William's working on an assortment of self-created guitars – one with 6 strings, one with 12, and one with a whopping 26 strings – dubbed an "elesion harmoniom", and sounding a lot more like a harp than anything else! The style of these tunes is spare and often spacey – played with sounds of nature in mind, often in ways that flow out in the breeze, and come back with a slight little echo – completely sublime, and in a territory that's all his own!  © 1996-2022, Dusty Groove, Inc.
(Still sealed, with hype sticker!)