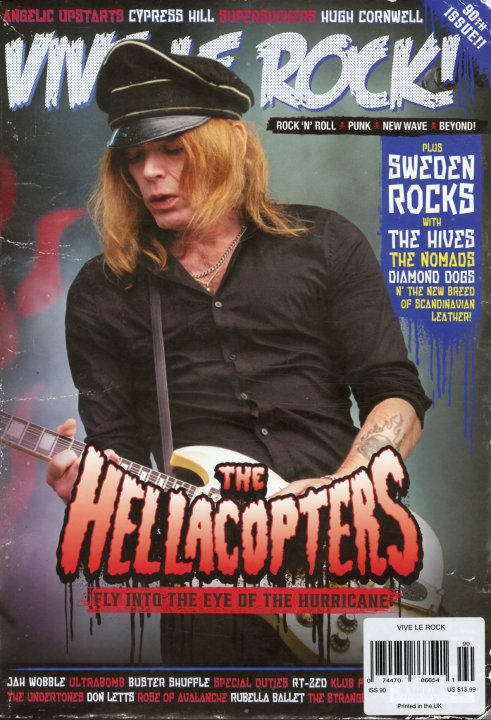 Swedish garage rockers The Hellacopters are on the cover – headlining an issue heavy on the grittier Swedish rock scene that includes The Hives, The Nomads, Diamond Dogs and more – plus items on Angelic Upstarts, Cypress Hill, Supersuckers, Hugh Cornwell, Jah Wobble on the power of dub, Rubella Ballet, Don Letts, Daemonik Fonce, tributes to the departed Ronnie Spector and Meatloaf, and lots more!  © 1996-2022, Dusty Groove, Inc.