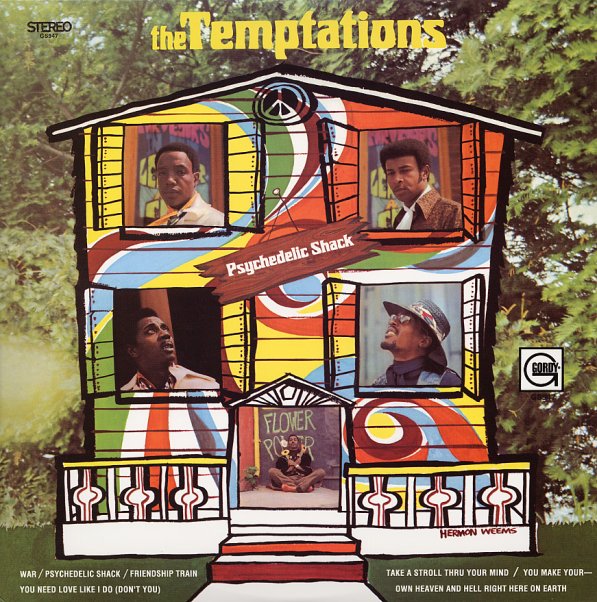 A late 60s Motown classic – with a deep heavy soul sound that mixed psychedelic elements into a rolling righteous groove – with a style that was perfect for the political tenor of the times! The formula worked extremely well for The Temps, and shifted them from being just a regular Motown vocal group into a super soul power that shaped soul music heavily in the next few years. Of course, a good deal of the credit goes to producer Norman Whitfield – who's really in his element on the set, and gives the group a sublime blend of heavy bass, fuzzy guitar, and tripped-out production on the vocals. Includes the classic "Psychedelic Shack", plus "Friendship Train", "Take A Stroll Thru Your Mind", "Hum Along And Dance", and "It's Summer".  © 1996-2022, Dusty Groove, Inc.
(Purple label pressing. Cover has surface and edge wear, and a name in pen on the back and labels.)