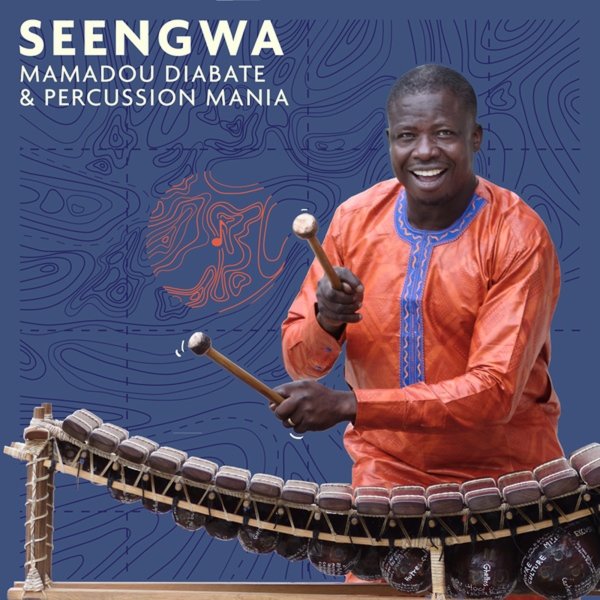 Mamadou Diabate stands poised over his chosen instrument on the cover – the lovely balafon, the West African equivalent of a xylophone, and an instrument of great beauty when in the hands of the right player! And Diabete's definitely the right player – working on the balafon in ways that are sometimes rhythmic, sometimes melodic – in arrangements that have a nicely bubbly sort of vibe, often with chorus vocals alongside the lead – and contributions from members of the Percussion Mania combo! That group's maybe not as drum-heavy as you'd guess from their name, but the album's definitely got a rhythmic vibe throughout – on titles that include "Tengmen", "Chocolat Ka Di", "Koko Te So", "Seengwa", "Duniya Banaba", and "Noumou Faama".  © 1996-2022, Dusty Groove, Inc.