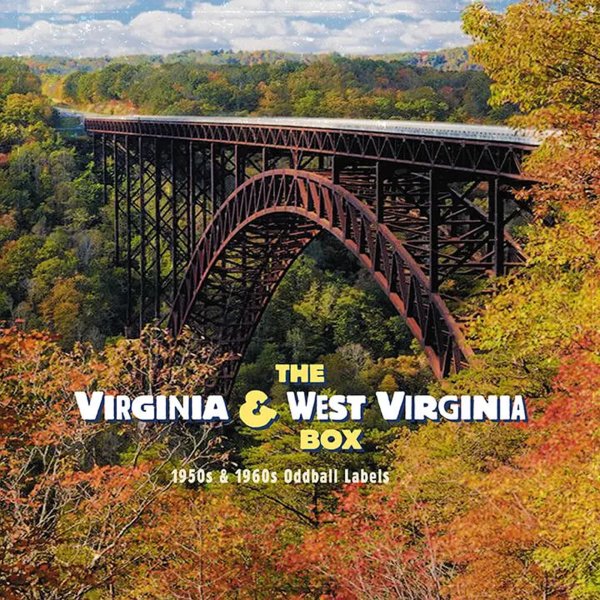 A sprawling set of rare singles in a variety of genres – and a set that's maybe one of the most essential in the "state" series from the Be! Records label! Previous entries have included Michigan, Texas, and other states with a well-known recorded legacy – but this time around, the package focuses on cuts from a range of scenes in Virginia and West Virginia – really rare music on a variety of very small labels – done in modes that run the gamut from rockabilly to garage, to country and a bit of pop as well! As with other volumes, the package is as magnificent as the music – as the set comes with a huge 12" square hardcover book – 120 pages of information, session details, label scans, and more – in support of a wealth of music from tiny labels that include Dominion, Cozy, Fernwood, Mart, Nu-Kat, Tip Top, and other long-gone record companies from the glory days of the indie 7" single. The set features 145 tracks in all – music from Johnny Gravely, Big Al Walker, The Reactors, Butch Lester, Paul Young & The Versatones, George Curtus, Johnny Boni, Bob Varney, Dusty Owens, Hasil Atkins, Keith Anderson, Dorse Lewis, Jeanette & Hubert, Buddy Watson, and countless others!  © 1996-2022, Dusty Groove, Inc.

Spaceship Earth (Japanese paper sleeve edition)
Liberty/Big Pink (South Korea), 1970. New Copy
CD...$18.99 22.99
The searing second album from Sugarloaf – a set that has Jerry Corbetta wailing even more heavily on the organ than before, and the group working with the kind of razor-sharp intensity that made them such a big act at the time! Corbetta also handles most of the lead vocals, but the group ... CD