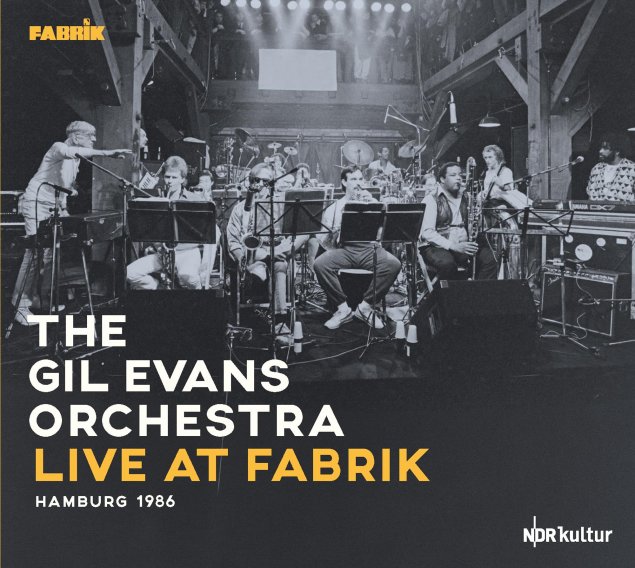 Also available
Gil Evans — Gil Evans Orchestra – Live At Fabrik Hamburg 1986 ... CD 25.99
The masterful Gil Evans was very alive and well in the 80s – working in ways that continued to push forward from his famous arranging modes of the 50s and 60s, and furthering some of the experiments with electric instrumentation that he began in the 70s! And somehow, the strength of Evans work really seems to come out best at the time in a live setting – recordings like this, where Gil can lead the group on long tracks that really let them stretch out with all sorts of new ideas – as the individual soloists push nicely on the larger charts that Evans provides! Gil plays piano at the head of an all-star lineup that includes Shunzo Ono and Lew Soloff on trumpets, Chris Hunter on alto, Bill Evans on tenor, Howard Johnson on baritone, Pete Levin on keyboards, Hiram Bullock on guitar, Victor Lewis on drums, and Marilyn Mazur on percussion – stepping out on well-recorded tracks that were originally done for German radio. Most numbers are well past the 10 minute mark – and titles include "Stone Free", "Little Wing", "Up From The Skies", "Subway", "There Comes A Time/Birdland", and "Orgone".  © 1996-2023, Dusty Groove, Inc.