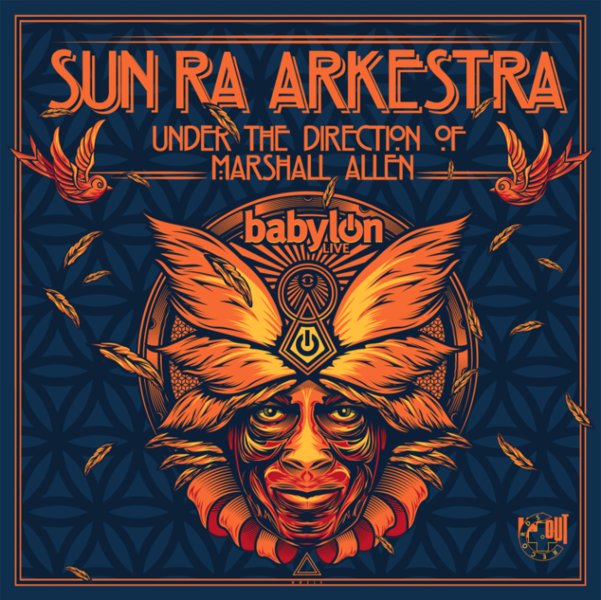 The Sun Ra Arkestra is alive and well – sounding wonderful here under the direction of reedman Marshall Allen, on a record that's maybe one of their best since Ra left this planet so many years ago! There's a spiritual quality to the record that the post-Ra Arkestra doesn't always have – great organic elements in the percussion, and some excellent vocals from Tara Middleton, who does a great job of filling in the space that June Tyson used to occupy in the group. Other players include Vincent Chancey on flugelhorn, Cecil Brooks on trumpet, Knoel Scott on alto, Daev Davis on trombone, and Danny Ray Thompson on baritone – and titles include "Saturn", "Astro Black", "Ra #2", "Care Free #2", "Stardust", "Dancing Shadows", and "Satellites Are Spinning".  © 1996-2023, Dusty Groove, Inc.
(Hand-numbered limited edition pressing – autographed by Marshall Allen!)