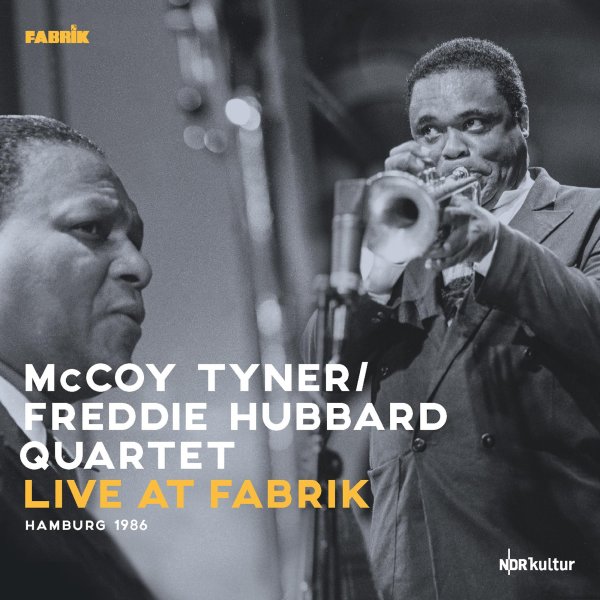 Also available
McCoy Tyner & Freddie Hubbard — McCoy Tyner & Freddie Hubbard Quintet – Live At Fabrik Hamburg 1986 (3LP 180 gram pressing) ... LP 51.99
A tremendous pairing of players – each stretching out here with even more of a sense of majesty than you might normally hear in their best recordings of the time! The tracks are all nice and long, and really driven by the modal energy of the piano of McCoy Tyner – who's working here with superb rhythm backing from Louis Hayes on drums and the great Avery Sharpe on bass – who may well be giving one of his most wonderful performances on record, both from the solo space given his work on bass, and the way that the mix brings out all the best elements of his contributions! Tyner's got a wider range of styles on the set than Hubbard – but Freddie also really opens up with those long, completely imaginative solos that he was bringing to his best live work of the 80s – a whole new chapter in his all-great career. Titles include "Latino Suite", "Inner Glimpse", "Neo Terra", "Island Birdie", "Blues For Basie", "Body & Soul", and "What Is This Thing Called Love".  © 1996-2023, Dusty Groove, Inc.