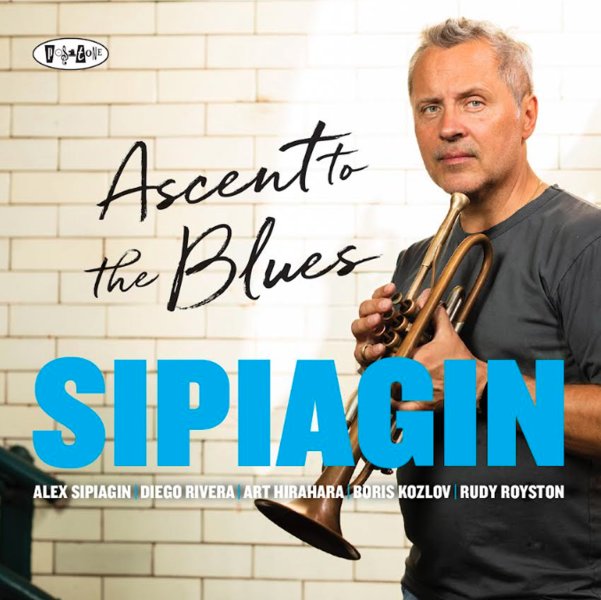 Ascent To The Blues

Trumpeter Alex Sipiagin is no newcomer to jazz, but he also seems to have really grown as both a player and a leader in recent years – deepening his sound sound with a sense of color and timing that we've never heard before, and really making the most of his comrades in a combo – especially in a setting like this! The tunes are mostly all originals by Alex, delivered with a strong focus by the quintet – a lineup that also features Diego Rivera on tenor, Art Hirihara on piano and Rhodes, Boris Kozlov on bass, and Rudy Royston on drums and percussion – a group who work with an innate sort of energy throughout, really packing a heck of a lot into a small space – while still allowing for plenty of individual moments of expression! Titles include "Dolphin's View", "Doppio", "Hindsight", "No Doubts", "Rush Hour", "Sandrigo Blues", and "Novorod Bells".  © 1996-2022, Dusty Groove, Inc.