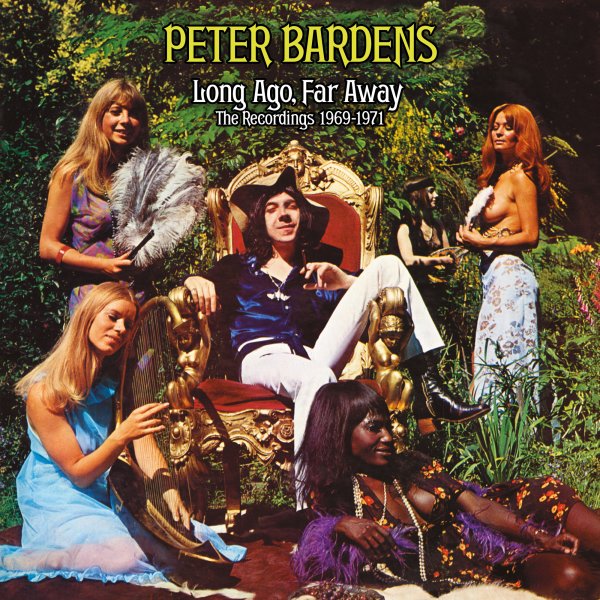 A pair of wondeful albums – back to back in a single set, with bonus material too! First up is Answer – fantastic solo work from Peter Bardens – an artist who'd later gain fame as the lead singer of Camel, but who's even more fantastic here on his own – working in a trippy blend of modes that's equally balanced between prog and psych! Bardens plays organ on most of the tracks, but he uses the instrument in ways that are very different from the more R&B-inspired Hammond lines of the mod generation – often tightly fused with the sublime guitar of Andy Gee, a player who's got this sharp sound that's full of chromatic hues that really resonate with the keys of the organ – as the pair take off in this soaring groove that's occasionally a bit funky, always a bit trippy, and which gets a great kick from bass, drums, and percussion – plus support vocals from Linda Lewis and Steve Ellis. The album's really something special – great all the way through – and titles include "The Answer", "Homage To The God Of Light", "I Don't Want To Go Home", "I Can't Remember", "Let's Get It On", and "Don't Goof With A Spook". Next is Peter Bardens – a second solo set from Peter Bardens – recorded in the years before he rose to fame as the singer in Camel – and a set that does a nice job of uniting the two different strands of his career! There's moments here that show Bardens' abilities on the keyboard nicely – piano passages or organ lines that go back to the work he did on the more soulful side of the UK scene in the late 60s. And other cuts stretch out a bit more, and open to progressive ideas – but in ways that are very different than Camel too. Titles include "Sweet Home Wine", "Down So Long", "Write My Name In The Dust", "Blueser", and "Feeling High". 2CD set features great notes – and bonus tracks that include the rare single recorded with Village, with "Man In The Moon" and "Long Time Coming", a 1970 version of "Long Ago & Far Away", and the French-only single "Homage To The God Of Light (parts 1 & 2)".  © 1996-2022, Dusty Groove, Inc.