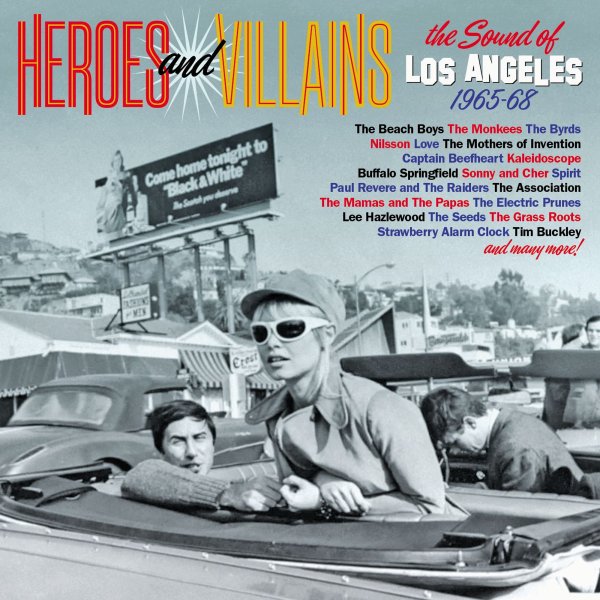 A deep dive into the sound of Los Angeles in the middle of the 60s – a really well-done box that somehow manages to mix together all the different strains of music that were going on in the city of angels at the time – sunshine pop, garage rock, psych, pop, and even more experimental modes – served up here in a set list that's full of some of the coolest, hippest groups of the time! The box takes its title from a Beach Boys tune, but this isn't a set of well-played oldies from AM radio – and instead, the selection demonstrates the continued appreciation of this period of music over the decades, and the shift in interest to some of the more groundbreaking, obscure groups of the period – served up here with bigger names as well – all with the detailed notes and overflowing amount of tracks that we love from these boxes on the Grapefruit label! There's a massive 90 tracks in all – with work from Mark Eric, Jim & The Lords, The Heroes, Candy Company, Odds & Ends, Spirit, The Misunderstood, Urban Renewal Project, Peanut Butter Conspiracy, Captain Beefheart, Ruthann Friedman, The Rogues, Music Machine, Whatt Four, Velvet Illusions, Merrell & The Xiles, Sanctions, Grass Roots, New Wave, West Coast Pop Art Experimental Band, Grains Of Sand, Merry Go Round, Human Expression, Love, Laughing Wind, Roger Nichols & The Small Circle Of Friends, Boystown, Gene Clark, and many others!  © 1996-2022, Dusty Groove, Inc.