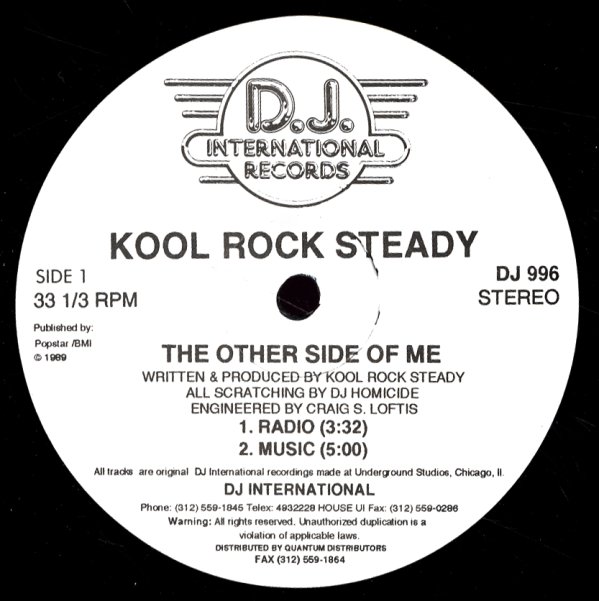 Other Side Of Me (radio, music, ruthless bogus mix, raw mix)

Hip house pioneer Kool Rock Steady ditches the party rap style and comes with explicit street rhymes on "The Other Side Of Me".  © 1996-2022, Dusty Groove, Inc.
(Sealed. Shrink has a large rip on the front. Label has a trace of a price sticker.)