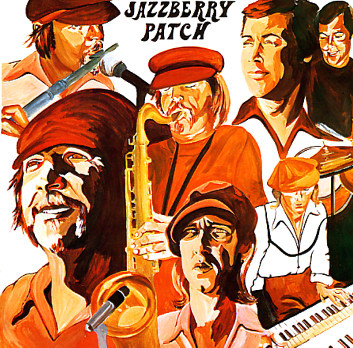 A funky electric jazz jam that's been lost for years – very heavy on the keyboards and filled with choppy sax riffs! The sound here is kind of a combination of the Groove Merchant style of the early 70s and some of the tighter intensity of Stone Alliance – as the group (like Stone Alliance) is only a trio, working with instrumentation that includes saxes, drums, and lots of groovy keyboards! The smallness of the group makes for a very sharp-edged sound – one that bristles with electricity, even on the acoustic instruments – and which still stays tight even on the few tracks that bring in other players and a bit of vocals. Mike Longo gives the combo plenty of props in the notes, and also plays some Fender Rhodes on the record – and titles include the massive 20 minute "Jazzberry Patch" jam, the funky vocal track "These Are My Friends", and cuts "Planed Off", "Over Easy", and "Sand N Your Blues".  © 1996-2022, Dusty Groove, Inc.