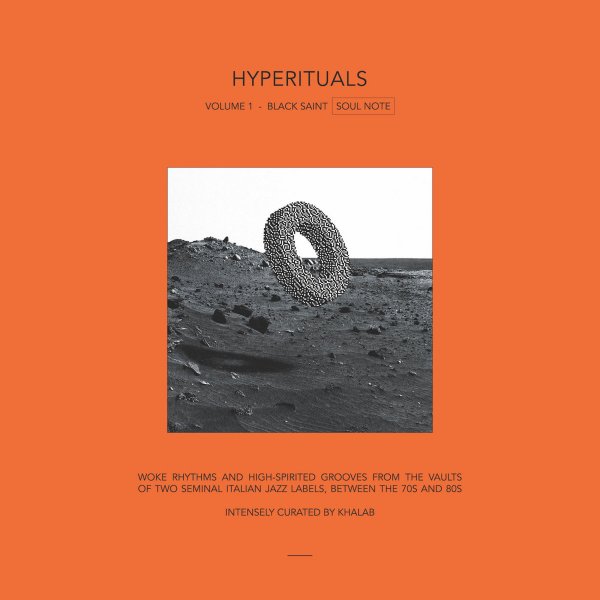 A deep dive into the catalog of the legendary Soul Note label – the Italian imprint that became a huge host to American jazz musicians in the late 70s onwards – a company that helped to evolve both spiritual and loft jazz modes, and continue the legacy of free-thinking expression that was begun in the shadow of John Coltrane! The choice of cuts here is great – tracks that go past some of the obvious classics of the label, but which also resonate with those moments too – a well-chosen array of tracks that often focus on more rhythmic moments of the label, with strong spiritual and modal currents throughout. Titles include "Rain Shout" by Hamiet Bluiett, "Olduvai George" by Dannie Richmond, "Mwalimu" by Max Roach, "Ondas" by Nana Vasconcelos & Antonello Salis, "Aladdin's Castle" by Beaver Harris, "Hide & Go Seek" by Paul Motian, "Spirits Return" by Tony Scott, "Tribute To Bu (take 1)" by Andrew Cyrille, "Bouka" by Hamiet Bluiett, "Nagual Julian" by Billy Bang, "The Earth Spins" by Adam Rudolph, "Cubano Be Cubano Bop" by George Russell, and "Nu Tune" by Hamiet Bluiett.  © 1996-2023, Dusty Groove, Inc.