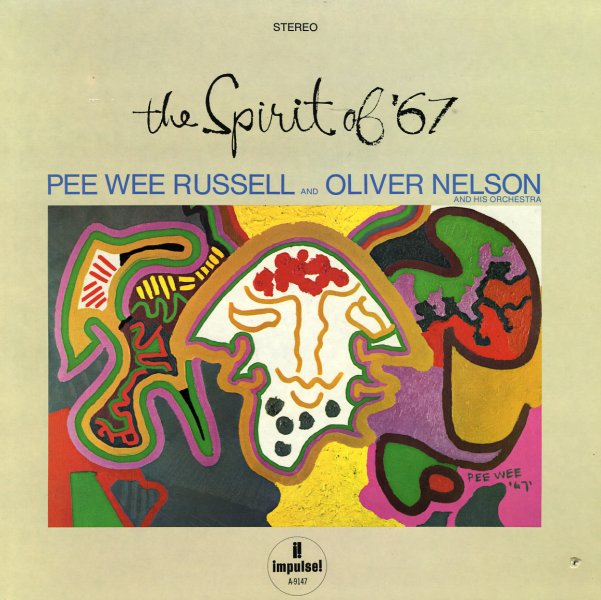 One of the great albums that Pee Wee Russell recorded for Impulse during the late 60's, when they brought him back for some great comeback LPs in a number of different settings. This one has him playing as the main soloist with Oliver Nelson's orchestra. As with most of Nelson's work from the 60's, the arrangements are fresh, inspired, and leave lots of room for soloing. Russell's tone is fantastic, and it's no surprise that he's been named as an influence by a number of important reed players. Not trad stuff really, but more some swingin large band stuff, with nice pinched clarinet solos. Tracks include "This Is It", "Six & Four", "Pee Wee's Blues", and "Bopol".  © 1996-2021, Dusty Groove, Inc.
(Rainbow label stereo pressing. This copy was sealed, but opened to determine pressing, and remains unplayed. Cover has two small cutout holes.)