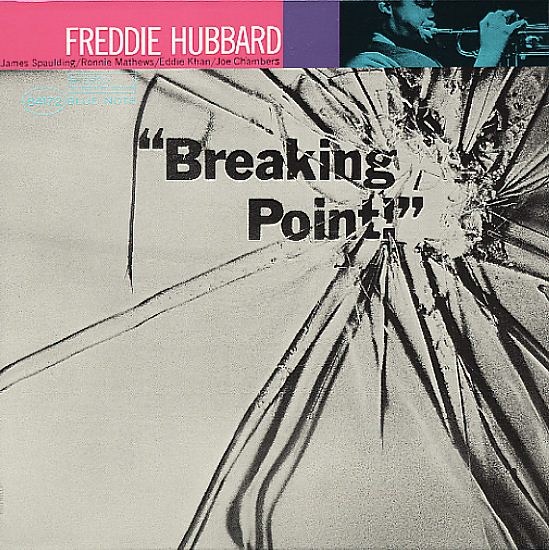 Pivotal work from trumpeter Freddie Hubbard – a tight, edgy quintet performance that's done with a modern jazz sound that approaches the Blue Note "new thing" sound, but which stays just this side of the fence to keep in line with Freddie's other soulful work of the 60s – yet still with an edge that you never would expect if you only know his electric and funky work of the 70s! The group features some great work by James Spaulding, who gets a lot of solo room on alto and flute – and Ronnie Matthews is on piano, effortlessly shifting between rhythmic and soulful lines, and passages that get a bit darker and deeper. The tunes are nearly all Freddie Hubbard originals, except for the classic "Mirrors", written by drummer Joe Chambers, who's also a key part of the group – and other tunes include "Breaking Point", "Far Away", "Blue Frenzy", and "D Minor Mint".  © 1996-2022, Dusty Groove, Inc.
(Part of the Blue Note Tone Poet series – heavy vinyl and cover!)

Music Is Here – Live At Studio 104 Maison De La Radio (ORTF) Paris 1973 (2022 Record Store Day Drop)
We Want Sounds (UK), 1973. New Copy 2LP Gatefold
LP...$34.99 39.99
Brilliant live work from trumpeter Freddie Hubbard – a set of well-recorded, long and open tracks that really lets him stretch out on his solos – and direct a majestic group of musicians as a leader! We already love Freddie Hubbard in the studio, but on a live record like this he ... LP, Vinyl record album