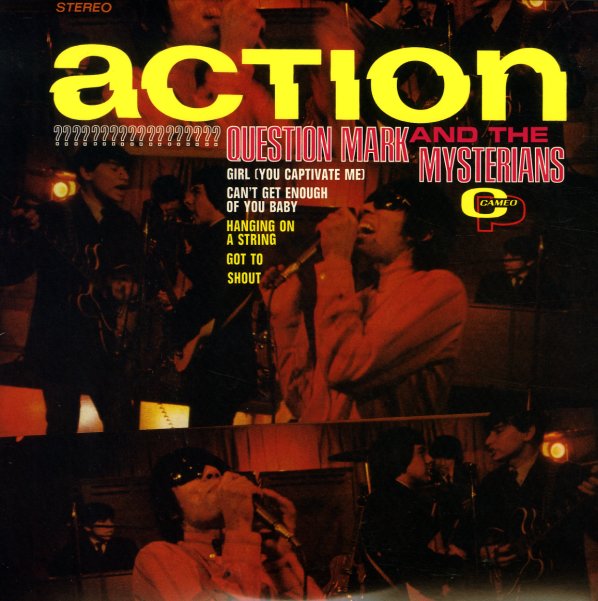 The second album from Question Mark & The Mysterians – even more obscure than the first, and harder and heavier too! There's an energy and brashness here that's undeniable – like the group have really gotten their isht together – and found a way to push past the simple melodic groove of their debut! All the best elements from that set are still in place – the cool organ, Question Mark's almost-conversational vocals – and the garagey production that makes the guitars sound great. But there's also a focus that comes through strongly – like the combo were really finding the right way to interact – no doubt after a string of club performances on the strength of their singles! Titles include a long take on "Shout", plus "Do You Feel It", "Smokes", "Hangin On A String", "Got To", "I'll Be Back", and "Girl".  © 1996-2022, Dusty Groove, Inc.