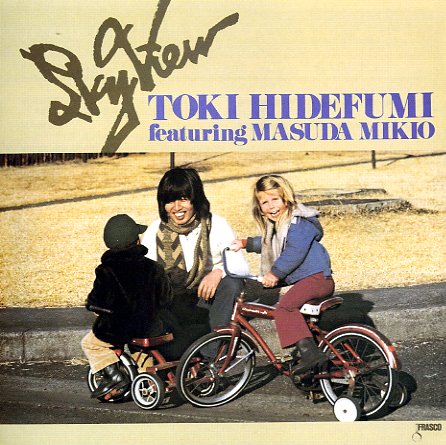 Hidefumi Toki is easily one of our favorite Japanese players from the 70s – an excellent alto saxophonist who always comes across with a sense of soul that's even deeper than his instrument! Toki has a way of putting together a session that's totally great – relaxed and open, with a lot of searching energy in his horn, yet never in a way that's ever forced or too outside – just kind of an organic exploration of the alto tones, but at a level that's much more common for 70s spiritual tenor players. This album's a real treasure from his Japanese catalog of the time – and features some very sweet keyboards from Mikio Masuda, plus rhythm from Ikeda Yoshio on bass and Steve Jackson on drums – on longish tracks that include "Sky View", "Rain Doctor", "Taro's Birthday", "I Love You Porgy", and "Let's Get Together".  © 1996-2022, Dusty Groove, Inc.
(Part of the Japanese Jazz Revisited series – SHM-CD pressing!)