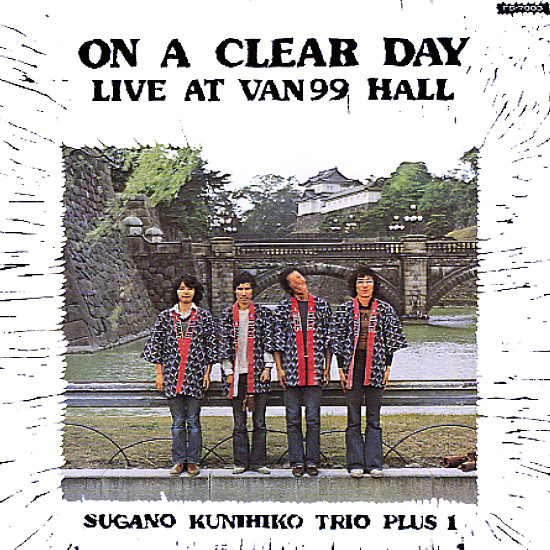 Also available
Kunihiko Sugano Trio + 1 — On A Clear Day – Live At Van 99 Hall ... LP 49.99
Lovely work from this overlooked Japanese pianist – a really great player who hits some warmly soulful grooves in this mid 70s set! The album features Kunihiko Sugano's trio working with an extra percussionist – a player who doesn't step in much, but who manages to bring a special sort of sound to the set – a snappingly soulful bottom that seems to push the piano even more than before, taking Sugano's normally lyrical sound and stretching it out with some warmly grooving energy. Titles include great takes of "On A Clear Day", "Route 66", "Stella By Starlight", and the original "Erromanga".  © 1996-2022, Dusty Groove, Inc.
(Part of the Japanese Jazz Revisited series – SHM-CD pressing!)