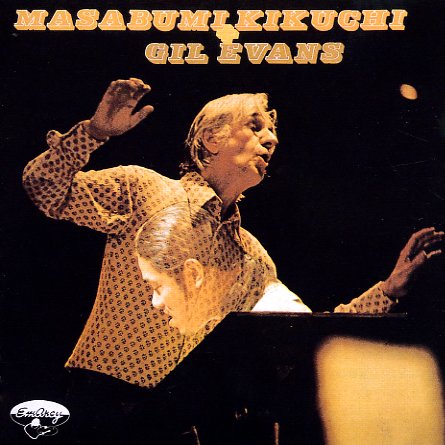 A brilliant pairing of piano talents – and a record that also features some incredible horn work from Billy Harper and Hannibal Marvin Peterson too! Masabumi Kikuchi plays electric piano throughout – working with a large Evans-led ensemble that also includes Harper on tenor and flute, and Peterson on trumpet and flugelhorn – not to mention some surprising sounds on ring modulator from Evans himself! The arrangements are quite bold – like the best of Gil's work of the time – and really do a great job of mixing electric and acoustic elements in a really fresh way – quite different from any other big band styles of the time, and with all the modernism you'd expect from Evans' music. Titles include "Priestess", "Ictus", "Cry Of Hunger", "Eleven", "Drizzling Rain", and "Thoroughbred".  © 1996-2022, Dusty Groove, Inc.
(Part of the Japanese Jazz Revisited series – SHM-CD pressing!)