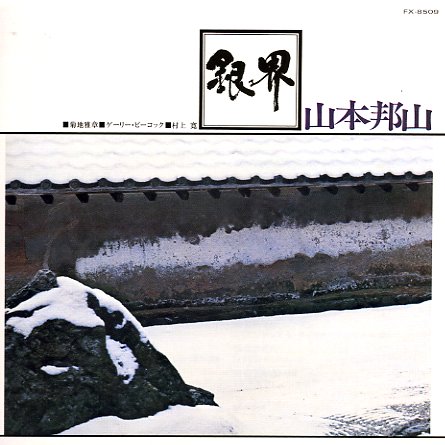 A brilliant album by Hozan Yamamoto – a flute player with a great ear for mixing traditional sounds and modern jazz! The set's a suite of sorts – performed by a cool quartet with Yamamoto on bamboo flute, plus Masabumi Kikuchi on piano, Gary Peacock on bass, and Hiroshi Murakami on drums – all with a rich sense of poetry and feeling, that newly expressive sound that Japanese jazz hit as the 70s approached! Yamamoto's flute work alone is worth the price of admission – but alongside Kikuchi's well-timed (and toned) piano lines, and Peacock's roundly sensitive bass, the instrument is even more brilliant – heard on tracks that include "Silver World", "Stone Garden Of Ryoan Temple", "A Heavy Shower", and "Sawanose".  © 1996-2023, Dusty Groove, Inc.
(Part of the Japanese Jazz Revisited series – SHM-CD pressing!)